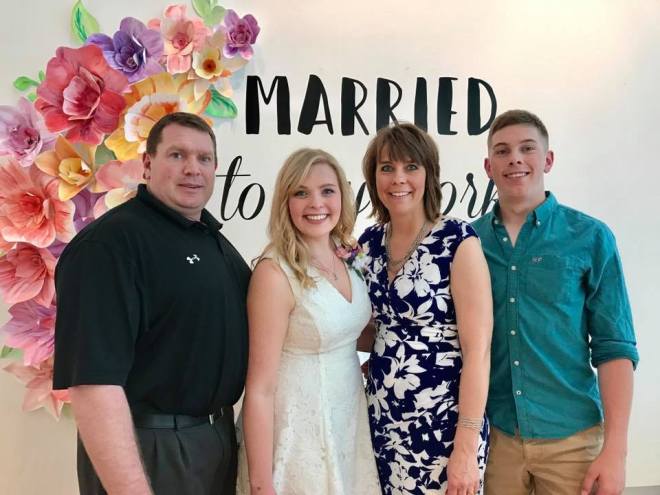 May is the month that belongs to Moms not just because of the amazing alliteration and yes, Mother’s Day might have something to do with it, but also May happens to be my own Mother’s birthday month as well! I’d like to not only dedicate this post but this whole month to Moms everywhere!  (To be honest, though,  if your mom is anything like mine, she deserves a heck of a lot more than just a month!)

This year, I’m not able to spend Mother’s Day with my mom and I’ll have to settle for constant phone calls back and forth for now.  I still wanted to do something special for her to let her know I still love and appreciate her even from 1,000 miles away! It just so happens that I found the perfect way to do just that, but I also managed to turn it into a personal date! Double Whammy! (My mom let me know today that she already received her gift in the mail—ahead of the game I know—so I’m all set to share my ideas with you!) 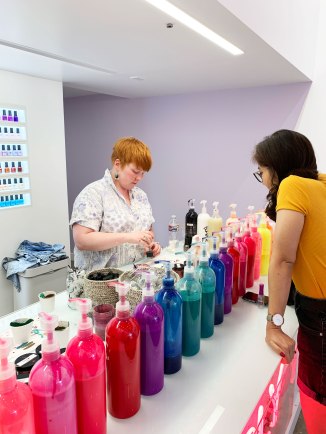 This past weekend I attended an amazing little event hosted by one of my favorite LA based Businesses The Social Type and another really neat brand, Orly Nail Polish. Orly Nail Polish recently opened a pop-up promotional shop called Orly Color Labs where you can go in and create your own custom nail color! They ask you a series of questions and then you create a mood board which winds up turning into your new custom color! Next you head to the mixology station and watch the magic happen! You even get name your custom color and seal the deal. 😘

Check out my Custom Colors: What Moms are Made Of (for none other than my mom) and Day of Jae…. How fitting right?! Not will you walk away with a custom nail polish to take home or send to a friend, every Saturday you can also get a FREE manicure with your purchase. Absolutely amazing!

The nail bar is the first of its kind and is currently only available in Los Angeles. You can visit the pop-up shop at 7621 Beverly Blvd., L.A., 90036; Tuesday through Saturday from 11 a.m. to 7 p.m. So YES, there’s still time to head in and make one for your mom! 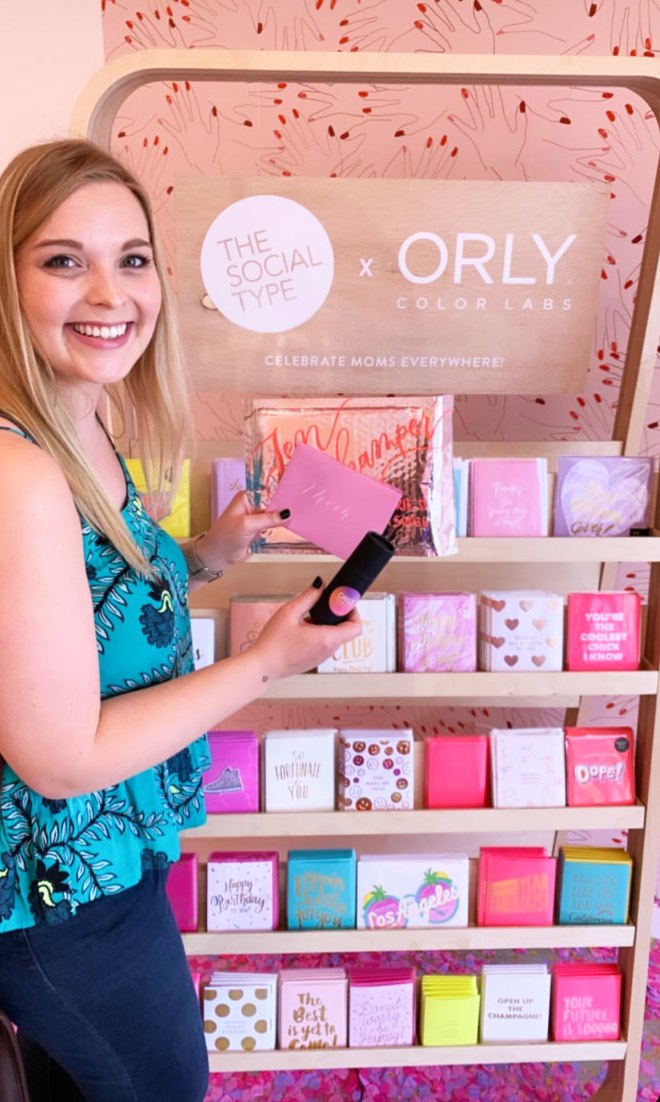 If you make it in before Sunday, you can also snag a card from The Social Type! I’ve been following this stationary & gifts shop on social media for a few years now (turns out we actually have some mutual friends and a lot in common!) I have always been inspired by their products and everything they do! I’ve been fortunate enough to meet the ladies in charge a few times now and they’re beyond wonderful! Always looking to go above to provide memorable opportunities for their customers! While they’re also located in Los Angeles, near Silver Lake to be exact, you can still shop their collections online at https://thesocialtype.com. 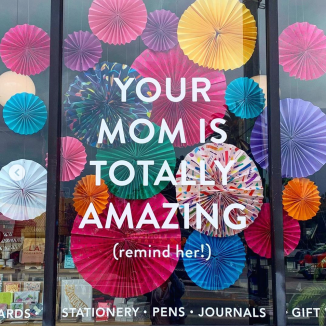 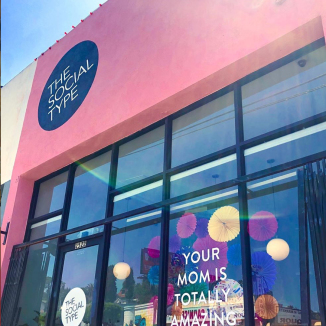 Now let’s say you’re not in LA and still need something for your mom that’s a little speedier because you waited until last minute! Or maybe you want to spoil your Grandma or Mother-in-law? Maybe your best friend just became a new mom??? Whoever the mom is in your life—I have the perfect gift option for you—Florapy Beauty Sheet Masks! The entire sheet mask collection is now available on Amazon and you can even get two day or next day deliver via Amazon Prime depending on your location! Give her the gift of flowers that won’t wilt but instead will keep her skin hydrated and radiant for time to come!

Running too late for even that??? I’ve got you! Download one of these printable cards (created by yours truly)  print them out (or screen shot and send if you’d rather), write out a message and boom— your mom will love it just because it came from you. 💜 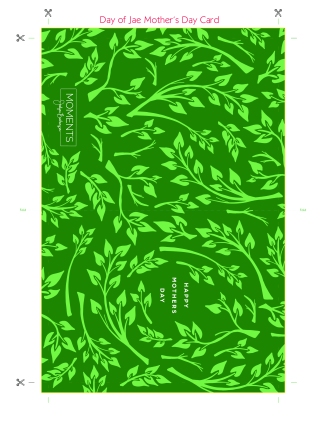 The hardest factor in making the decision to move to Los Angeles was coming to realize that meant moving far away from my family.

This past year I lived at home with my parents for the first time in four years, and I have a lot to say about it. Let me start by saying I never in a million years thought I’d move back home again. While at college, I couldn’t imagine giving up my lifestyle to move back to Boone again. 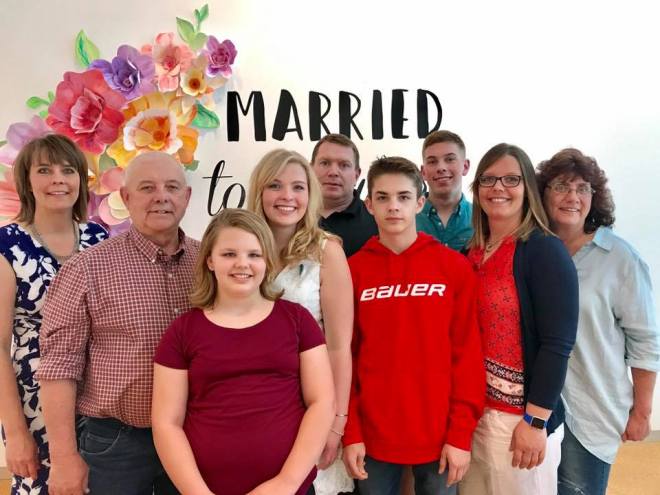 Here’s a little background about my family—it’s very small. I have my parents, my brother, my grandpa, and one uncle that all live in the town I grew up in. I have an aunt, two cousins, and an uncle all within a 30-minute drive from Boone.  Then I have three aunts, three uncles, and two cousins that all live either a long drive or flight away (I don’t get to see them that often but when I do, it’s a party!)  So, for me, it feels very small but for a lot of us, it’s allowed us to form a closer relationship because we’re so small.

Although I’ve always gotten along really well with my family and have great relationships with them, When I left for college I had no intentions of ever going back again (well, not for a long period of time I mean). But after graduating, I had no money and I was starting a job in Des Moines, so it just made the most sense to move back in with them.  Yes, it was also the smartest decision financially.  I was able to save up some money that would eventually allow me to make the move to California.  I also had a roof over my head, a refrigerator that was fully stocked, and roommates that loved me very much.

The situation at first didn’t sound ideal. A lot of my friends were moving away, starting big careers, getting cool apartments, meeting new people, and at first, I felt stuck and disappointed that all I had to look forward to was moving back home. I quickly realized however, that moving home was exactly what I needed. I needed that time to be back in Boone and close to my friends and family again for many reasons.

It was nice having both my parents so close again.  I got to go back to some of my favorite old routines like taking a Sunday afternoon nap while golf or football played in the background and take the dogs for walks over to my grandpa’s house with my mom.  I really got to focus on family again and formed even greater relationships with my parents that I’ll forever be grateful for.  Moving back home, I finally got to be a part of events that I’d been missing out on the past four years like birthday celebrations, family card games, and my brother and cousin’s athletic events. 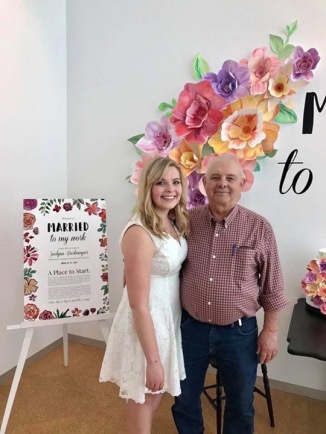 I got to watch my brother leave for college and start his experience at my alma mater. I got to spend quality time with my Boone Goon friends and reconnect with them on a deeper level rather than just brief visits here and there. My grandpa’s house was within walking distance again and I could just pop over there whenever I needed someone to talk to, needed something to do, or needed to win a game of Cribbage.

Moving home was crucial to my transition from college to adult life.  Leaving behind the life I had created in Iowa City, the friends, the routines, and the structure of being a student was very hard.  I needed the familiarity of a home for a while before I was able to make a bigger change and start somewhere totally new. When it comes to family and relationships it was one of the best decision I have ever made and I’m so thankful for that time I got to share with everyone, BUT yes it seemed to make my decision to move that much harder!

Ultimately I knew I’d miss my family and miss out on a lot of milestones for the people I love. I also knew though, that I needed to start focusing on building my own life and a career that would give me as much joy as possible. I needed to get out of the comfort zone and try something new. 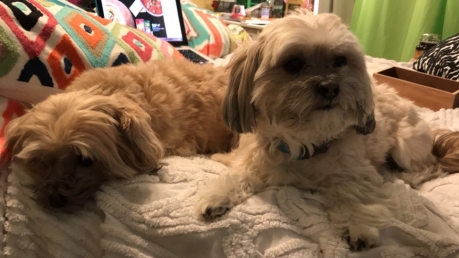 Another big transition that came along with my move is that my parents also decided to move to a new home as well (same town but new neighborhood & house). I thought the idea of leaving my childhood home would be a lot harder and don’t get me wrong there were times in my life that I would have been devastated to have to say goodbye to my tiki hut room.  But after spending that extra year living there, I found peace with the idea of my parent moving and that house no longer being ours.

When they were debating on moving, I knew that I was also moving and this time with the intentions of starting my own life and not planning to live in Iowa again any time soon. I began to realize that I didn’t need the space as much as I knew I needed the people (and dogs) in it and the town that surrounds it.

When my parents told me they bought a house, I was so happy for them. It’s a new adventure and chapter in their lives as well. It’ll be weird at first to visit and go to a different neighborhood and sleep in a different room, but a little change is good. Sometimes, getting too comfortable can hold people back and stop them from chasing their dreams (it almost did me!)

If you find yourself in the middle of a big transition, try your best to embrace the period of change and think about all the positive outcomes that can come out of it. If you’re worried about moving back home because it seems like a failure or step back—it isn’t, it’s smart! I promise you’ll never regret that time with your loved ones or regret the money you saved.  Use the time to enjoy the people around you as much as you can for as long as you’re there.